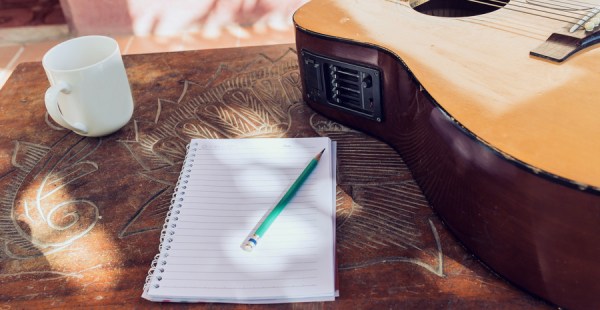 I had already been working on this post when I received this email from Ethan:

I took a stab at this question eight years ago when I wrote “Does it Matter Who Writes the Songs we Sing?” Since then, I’ve been asked the question so frequently I’ve tried to refine my thinking on this topic

What Makes a Song Source “Questionable?”

Songs can be from “questionable” sources in at least three ways:

Interestingly, I’ve visited websites and blogs that view Sovereign Grace Music as one of those “questionable sources,” usually because we’re continuationist, Reformed, or use contemporary music styles.

So whatever your reasons for questioning the origins of a song, here are some thoughts.

Let me start with some general observations.

First, to dismiss this conversation as irrelevant, petty, or unnecessary (e.g., “Who are you to question my sincerity?”), fails to appreciate the diverse and deep ways songs affect our thoughts and emotions. It also minimizes the importance Scripture gives to singing (Eph. 5:18-20; Col. 3:16-17). To say, “It doesn’t matter who writes the songs we sing,” isn’t helpful, because it does matter to many people. In fact, I’m asked this question more than any other. By a long shot.

Second, exercising discernment isn’t the same thing as sinful judgment. Our culture often wrongly equates disagreement with disdain and insists that to make distinctions is to be condescending. But God tells us in Scripture to judge rightly, distinguish between those who should hear our message and who shouldn’t, be able to discern who a fool is, avoid people who cause divisions, and know the difference between sheep and wolves in sheep’s clothing (Jn. 7:24; Mt. 7:6; Prov. 13:20; Rom. 16:17; Mt. 7:15).

Third, singing a song from a questionable source doesn’t mean your church is racing down a path of heresy, worldliness, or sin. We want to avoid “demonizing” songs or composers, expecting Satan himself to be unleashed in our congregation if we sing that song. God can bring forth biblically faithful songs from a variety of sources, and he can work through them in spite of their origins.

Fourth, choosing not to use songs from a particular church, ministry, or individual doesn’t give us the right to unilaterally criticize everything that is associated with those songs or other churches who sing them. Song choices should be the result of pastoral choices made within the context of a local church. God has often glorified his name and worked in people’s lives through songs whose origins we might find suspect or disagree with. Jesus is too great, glorious, and generous to give the best songs only to people who look and think exactly like us.

Fifth, I’m not calling out ministries and people by name nor trying to establish universal rules that everyone should follow. I’m suggesting ways to think through this issue biblically to serve our local churches and honor God.

With those caveats, here are some thoughts about using songs from questionable sources.

1. Edification involves minimizing distractions.
1 Corinthians 14 makes it clear that when we gather as the church God wants us to do what edifies, or builds up, those around us (1 Cor. 14:1, 3, 5, 12, 17, 26). Mutual edification brings God glory. If I lead a song that tempts a large part of my congregation to be distracted by the sins of the person who wrote it or the theology of the ministry it originates from, that’s not edifying. So if a songwriter/artist publicly announces they’re living in unrepentant sin or it’s discovered that they have been, it might be wise to set their songs aside for a season. Yes, God is gracious and we’re all imperfect people, but he also calls us to live holy lives (Heb. 12:14; Titus 2:11-12). And if removing one artist’s or church’s songs from your repertoire for a time leaves you with only a handful of songs, it’s a great opportunity to start drawing from more sources.

2. Choose songs to teach theology, not simply avoid heresy.
At the recent Together for the Gospel conference Al Mohler encouraged us to aim for a higher standard in our songs than “avoiding heresy.” Our songs should help people think and act biblically. A song from a questionable source might seem “pretty good,” but that’s a low bar. The practices, emphases, or teachings of churches are often reflected in the songs that emerge from them. If your church sings 4-5 songs each week, that’s only 200-250 songs in a year, and many of those are repeated. Choose them wisely.

3. Using only one song from a ministry/writer also makes a statement.
When a ministry puts out dozens, if not hundreds, of songs, and you only sing one or two of them, you’re communicating intentionality. You’re saying you’ve chosen this song for its content and not for its associations. You’re expressing gratefulness for any solid, biblically faithful song that enables the word of Christ to dwell in people richly.

4. Develop a culture that appreciates lyrical content over a brand name.
Leaders are often concerned that singing one song will lead people in their congregation to YouTube or a website to hear more songs from the ministry/person. But if the people in your church know you choose songs based on their theology and not their popularity, it won’t be as much of an issue. Doing one song by an artist or ministry doesn’t necessarily mean you endorse everything about them, just as using a quote from a writer you don’t completely agree with doesn’t mean you commend their entire theological perspective.

5. Incorporate more old songs into your repertoire.
We can minimize the problem of who writes our songs by singing songs that have stood the test of time and are known more for their content than their composers. By the end of his life, Horatio Spafford had come to deny hell, affirm purgatory, and teach universalism. Yet God has used his song, It is Well with My Soul, to encourage hundreds of thousands of Christians in the midst of suffering. The same can be said of William Cowper’s song, God Moves in a Mysterious Way. Even thought Cowper endured severe bouts of depression and tried to commit suicide at least three times, his words have edified Christians for centuries. When composers are no longer living, older songs don’t run the risk of suddenly becoming questionable because of a distracting theology or struggle.

Bottom line, if you find a song that communicates biblical truth in a clear, uncompromising, beautiful, singable way, and your congregation is trained to value truth over popularity, you’re probably in a position to benefit from it. If you’re unsure, you’ve got plenty of other songs to choose from

Preparing a Call to Worship: How and Why (resource from Austin Stone Worship Collective)

Preparing a Call to Worship: How and Why (resource from Austin Stone Worship Collective)

Does It Matter Who Writes the Songs We Sing? (article by Worship Matters)